About Us » News and Events

Renowned orthopaedic surgeon Dr. Terry Whipple, MD, FACS, will be a guest lecturer at the European Wrist Arthroscopy Society Advanced Cadaver Wrist Surgery Course at the Keck School of Medicine in Los Angeles, CA. This two day course runs November 21-22, 2014 and will present the latest advances in diagnosis and treatment of wrist disorders.

It doesn’t matter if you’re thin or outside your ideal weight; being inactive has serious, noted consequences on your health. And sure, everyone knows some version of the mantra, “exercise more, eat less.”

But in actuality, those two sentiments are miles away from articulating the whole picture about the basics of staying healthy.

The Physician Within, a public-service medical-education mission for the general public established by Dr. Whipple and jointly sponsored by the Richmond Academy of Medicine, First Baptist Church of Richmond and other Richmond-area multi-faith congregations, plans its next forum “Move It or Lose It” for July 27, 6-8 p.m. at First Baptist Church dining hall on Monument Avenue at the Boulevard.

The Physician Within is open to the public at no charge. “Move It or Lose It” will teach the many medical health benefits of physical movement and exercise that are not commonly known and are suitable for people of all ages.

We all know about weight management and cardio benefits, but “Move It or Lose It” will cover other critical areas like endorphin release, stress management, enhanced metabolism, sleep patterns, GI effects, neurological enhancement, endocrine effects, the immune system and circulation. These all apply to youngsters as well as the elderly, athletes and the infirm, children and adults. We could be more mobile, more healthy individuals and could recover from illnesses or injuries more fully and quickly if we would just be more habitually physically active. And everyone can do it with a higher health priority.

Speakers will include local physician experts and members of the Richmond Academy of Medicine. A Q&A period will follow. The object of the Physician Within series is to help people better understand and manage their common health symptoms with a greater sense of independence and confidence. The forums are held for the general public several times each year and have grown popular over the past five years. Dr. Whipple was the founder of the series and will personally host “Move It or Lose It.”

Get In Touch With Us 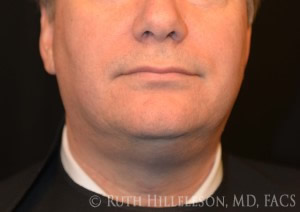 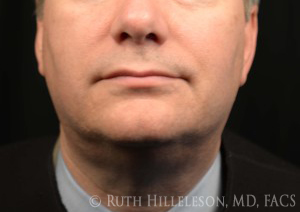 View more Thermage - Skin Tightening before and after photos

Aging and stress have adverse effects on your skin, muscles, bones and other connective tissues.

The Hillelson-Whipple Clinic Team of industry leading specialists in Cosmetic and Esthetics, Orthopaedics and Pain Management knows what it takes to ensure you look your best and live a long and productive life. Our mission is to make life simpler and healthier.